Thank you for attending my Virtual Book Talk on 12/3/2020. Several of you mentioned you might want to share the recording. I talked about the characters who made history in West Tennessee from my previous books. I also talked about my upcoming fiction novel, Turnaround, in which a young man wants to become a baseball player, but life has a way of throwing curve balls. He ends up as a Presbyterian minister instead. Telling stories about our history and discussing writing and my books is something I surely enjoy. If you think your book club or friends would like me to give another Virtual Book Talk, email me at harbertalexander1@gmail.com, and we’ll set it up!

When I spoke at the Parkers Crossroads Kennerly-Cupples Lectureship in spring, I was a fortunate author — we had a great crowd, and I enjoyed talking with folks afterwards. I was signing my book, “Soldiers, Saints & Sinners.” My new book will be out in October 2017, “Echoes and Footprints.”

Last year when I went to speak, the skies opened with pouring rain, and it was perfect weather for ducks, not so much for people! But this year, the weather cooperated.

It makes you remember those soldiers who fought in the Civil War and had to endure whatever Mother Nature tossed at them, plus gunfire and cannon fire! Imagine walking through pouring rain in a wool uniform and getting soaking wet. Imagine the cold snow in winter leaking through holes in their boots!

As a retired Army captain, I’ve always been interested in how soldiers of other times survived and endured. That has certainly had an effect on my chosen topics.

But it’s the characters of those times who made history and whose actions may have changed the paths we walk today! I think of Roscoe Turner who flew with his pet lion; of the Holy Cheat, a con man from England whose mellifluous voice enthralled the women of his church congregation — he ended up in prison. And what about John Burton Tigrett, entrepreneur, and Steve Fossett, pioneering pilot who flew around the world, or the Music Men . . . Carl Perkins, Eddy Arnold and Sonny Boy Williamson. So many stories to tell and so little time, which rushes on so we cannot step into its river of events more than once and live them. But I’ll ford the river in words and share the tales. 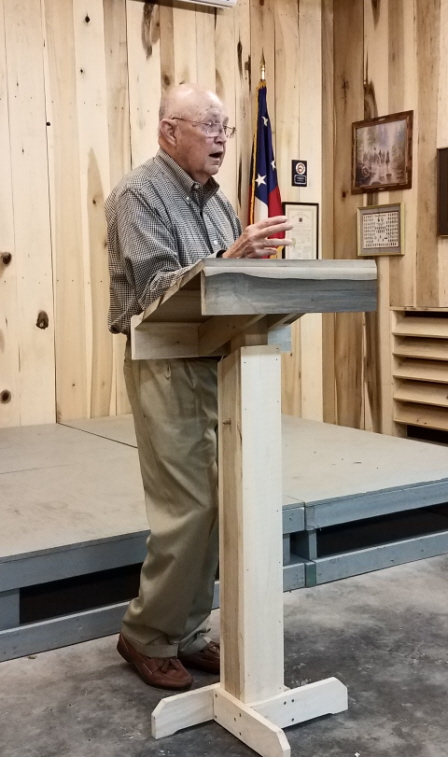 To find out more about Parkers Crossroads Battlefield, you can email pcvc@att.net. If you’ve always wanted to tour the battlefield, go out I-40 East and turn onto Hwy. 22 at Exit 108. Take a left onto Federal Lane.

I promise if you love history, you’ll find this a welcome excursion through time!

If you haven’t visited the new Fred Culp Museum in Trenton City Hall, you’re missing an interesting foray into history! I enjoyed my visit there, speaking and signing books! Always nice to see old friends and make new ones while I share stories. I’m finishing my latest, “Echoes and Footprints” now and plan on signing books starting in October 2017.

Fred Culp, 90, is the former Gibson County historian who has always been a storehouse of information. Mr. Culp taught history for nearly 40 years

The museum houses a portion of Culp’s vast amount of memorabilia as well as other local historical, literature, photographs, artifacts, and relics. I enjoyed studying some of the collection, and I will certainly return on another visit and spend more time.

The museum is located in the Trenton City Hall at 309 College Street and is open during normal business hours.

I love storytelling about West Tennessee history. You’ll find me just about anywhere enjoying myself as I speak to church groups, at Parkers Crossroads and at Ames Plantation. If you have a group that is interested in having me share tales of our history, just let me know. Message me on Facebook or email me here!

I’m hard at work on my next book: “Echoes & Footprints” coming out in 2017. There is always another story around the bend in the road. I can’t seem to stop writing — not that I’d want to anyway. No telling what I’ll find next that is an intriguing piece of history to share with you.

Nothing goes better with ice cream at the Casey Jones Old Country Store Ice Cream Parlor in Jackson, Tennessee than a good story, too! I’ll sign and sell my book, “Soldiers, Saints & Sinners: Stories of Long Ago” f 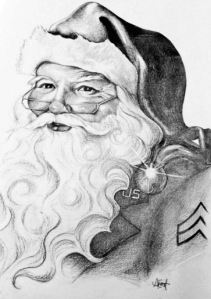 rom 1 to 3 p.m. Saturday, Dec. 19, surrounded by all those treats. Fudge, ice cream, cookies. Take “Soldiers, Saints & Sinners” home for a Christmas gift! One of my stories is about Christmas 1945, when the soldiers came home from the war, and in Jackson, Christmas was Christmas again! One of my favorite book images is of Allison East’s illustration of Santa Claus 1945.

My books are available also at Marilyn Jackson’s Gifts in Jackson, and online at amazon.com, Barnes & Noble, and Books-A-Million. You can also contact me through my website or message me on my Facebook page.

Thank you for enjoying my stories!