I had a great time visiting in Purdy and talking about my books, “Echoes and Footprints” and “Soldiers, Saints & Sinners.” And I always have my older books with me as well — six books now and counting. I’m working on my novel now. Thanks for the invitation. Anytime I can talk about West Tennessee history is a good day! 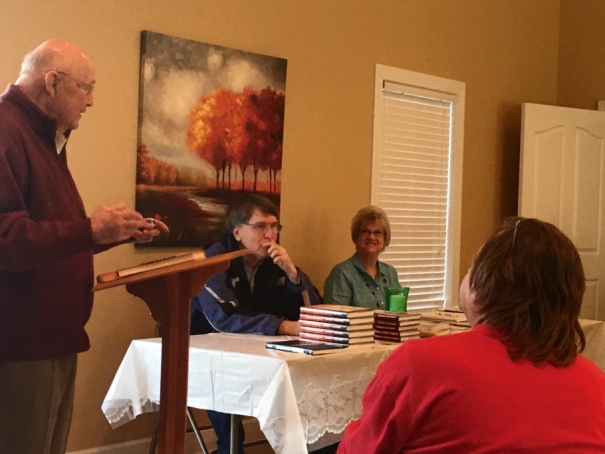 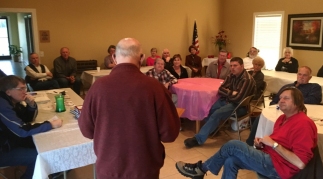 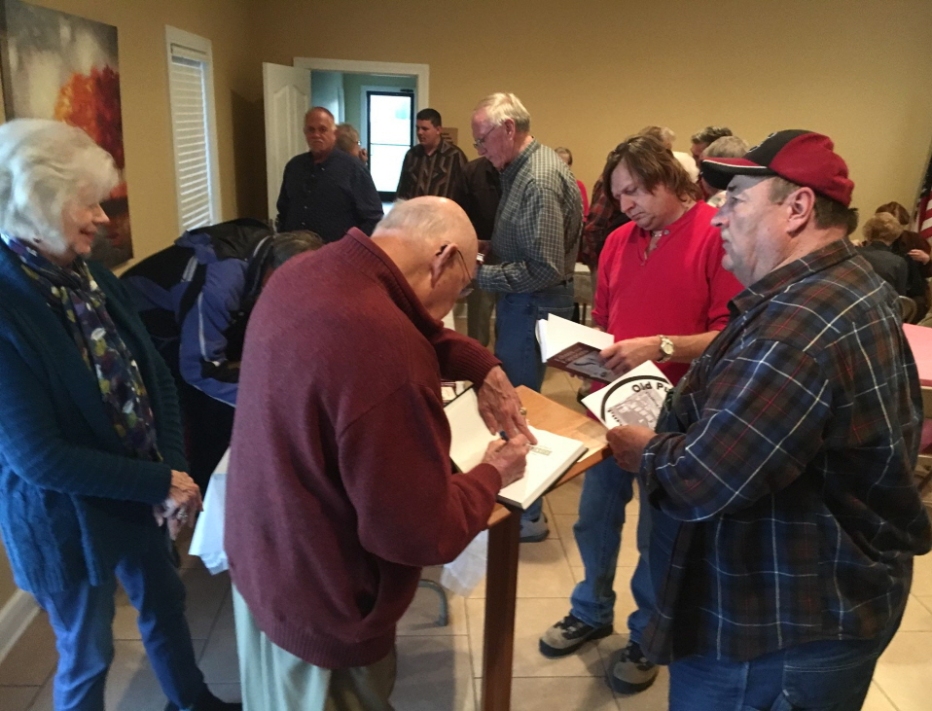 If you haven’t visited the new Fred Culp Museum in Trenton City Hall, you’re missing an interesting foray into history! I enjoyed my visit there, speaking and signing books! Always nice to see old friends and make new ones while I share stories. I’m finishing my latest, “Echoes and Footprints” now and plan on signing books starting in October 2017.

Fred Culp, 90, is the former Gibson County historian who has always been a storehouse of information. Mr. Culp taught history for nearly 40 years

The museum houses a portion of Culp’s vast amount of memorabilia as well as other local historical, literature, photographs, artifacts, and relics. I enjoyed studying some of the collection, and I will certainly return on another visit and spend more time.

The museum is located in the Trenton City Hall at 309 College Street and is open during normal business hours. 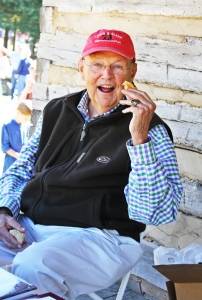 I love storytelling about West Tennessee history. You’ll find me just about anywhere enjoying myself as I speak to church groups, at Parkers Crossroads and at Ames Plantation. If you have a group that is interested in having me share tales of our history, just let me know. Message me on Facebook or email me here!

I’m hard at work on my next book: “Echoes & Footprints” coming out in 2017. There is always another story around the bend in the road. I can’t seem to stop writing — not that I’d want to anyway. No telling what I’ll find next that is an intriguing piece of history to share with you.

Meeting and talking with folks is something I really enjoy, and sharing stories from my books goes right along with that. Recently, I spoke to the federal retired employees group and to several other retiree groups, as well as civic organizations.Without fail, someone will tell me a story about Tennessee history that I didn’t know. I’ve always said the stories are there waiting for us to find if we only listen!

When I researched Lucy Petway Holcombe of La Grange, Tennessee, born in June 1832, I found it fascinating that she married Francis Wilkinson Pickens, 27 years older than she was and twice-widowed, when he became Minister to Russia. With her knowledge of French and Russian, she became a court favorite in St. Petersburg of Czar Alexander II and Czarina Maria. In August 1860 Francis Pickens was elected governor of South Carolina, three days before South Carolina seceded from the Union.

Considered by many to be the most beautiful woman in the Confederacy, Lucy Pickens’ image was placed on three issues of the Confederate $100 bill and on one issue of the $1 bill. She was the only woman whose likeness was ever placed on Confederate currency.

Gov. Pickens died at age 63, but Mrs. Pickens spent the next 30 years managing the family plantations in Edgefield, S.C. It’s rumored some of the jewels she was given in Russia kept the plantations going. Her granddaughters inherited the Edgewood house, but it fell into disrepair.

In 1929, Eulalie Chafee Salley, a prominent Aiken businesswoman and leader of the women’s rights movement. purchased the plantation house, which was in serious disrepair, and moved it to Aiken, S.C. where it was beautifully restored. In 1990, the house was moved to the University of South Carolina campus. You can find photos here: http://www.nationalregister.sc.gov/a…/S10817702016/index.htm